As countries around the world declare a state of emergency, bringing many industries to a near halt, air transportation is being particularly affected. International airlines around the world announced significant reductions in the number of flights as countries shut down borders and limit travel.

As we watch the situation unfold, there is ample reason to be concerned about the potential impact the pandemic will have on the air transportation industry, and more importantly, our members. “We are preparing for a difficult next few months and are open to working with employers and government to mitigate any hardships on our members.” said GVP for IAMAW Canada, Stan Pickthall.

A number of European airlines have announced their plans for lay-offs, as did North American carriers. British Airways has asked 45000 employees to take unpaid leaves as the airline struggles to deal with reduced travel. Delta, United Airlines and American are significantly scaling back their travel schedule by as much as 25% with the caveat that it could be further reduced with the potential spread of this pandemic.

“As we monitor the situation closely, we are concerned that there could be the possibility of layoffs or furloughs. We will be keeping a close eye on this to ensure our members rights and livelihoods are protected” said Fred Hospes, President and Directing General Chairperson of IAMAW’s Transportation District 140.

It is equally concerning when we get notice of Air Canada cancelling most routes to Asia and flights to Italy. What we’re seeing is worrisome, and the IAMAW is being proactive to prepare for every eventuality.  Notice of companies resorting to schedule reductions and lay-offs are coming in regularly this week, and we are ensuring that employers are following their legal obligations under the law and collective agreements as we work to support members at this stressful and difficult time.

“All of our staff are hard at work to mitigate the impact of reductions and at the centre of helping members get through this hardship.” commented GVP Stan Pickthall.

The IAM is the union representing the largest number of airport workers across Canada.

This article was originally posted on the IAM Canada website. View the original post here: Bracing For the Turbulence: COVID-19’s Implications for Airports

The post Bracing For the Turbulence: COVID-19’s Implications for Airports appeared first on IAM District 78.

This article was originally posted on the IAM District 78 website. View the original post here: Bracing For the Turbulence: COVID-19’s Implications for Airports 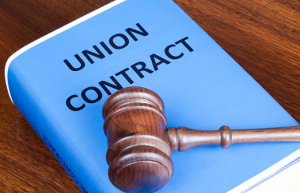 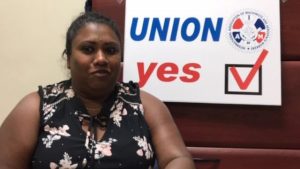