Ottawa, ON – Airport Security Screeners from British Columbia and Toronto gathered in Ottawa to lobby for changes to the Canadian Air Transport Security Authority (CATSA) legislation. Across Canada, Screening Officers are subject to an unfair Dispute Resolution Process that is arbitrary and infringes on the most basic of principles in labour relations – the right to appeal and the right of unionized workers to union representation.

“If all Canadians have the right to a fair and timely Dispute Resolution Process, I fail to see why Canadian Screening Officers should be any different,” said Fred Hospes, President and Directing General Chair of IAM Transportation District 140 said. 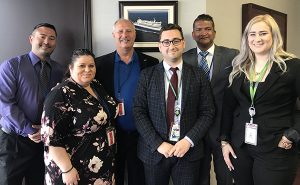 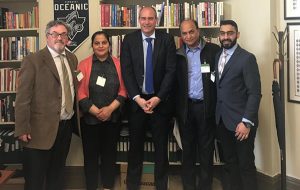 “Our member’s stories have real-life consequences,” said Rick Singh, President of IAM Local 16 in British Columbia. “CATSA arbitrarily de-endorses us without us having an appeals process. They de-endorse for long periods of time which affects our mortgages, our kids’ education, and our very lives.”

Toronto’s Pearson International Airport is Canada’s largest. Rajiv Mohan, President of IAM Local 2921 and representing roughly 2,500 Screening Officers had this to say, “Our members are in Ottawa to finally get justice in terms of having a voice. Justice delayed is justice denied. We cannot wait any longer.”

Derek Ferguson, Special Representative responsible for Political Action is clear about the purpose of gathering in Ottawa to lobby. “This is Political Action in action! Our members are motivated because they can see the possibility for changing something unfair in their work lives. They know they are the change they wish to see,” said Ferguson. 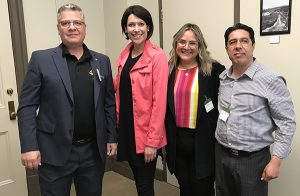 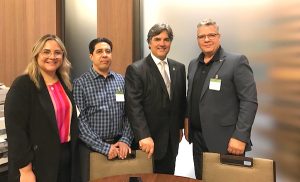 The many testimonials the IAM has heard from Screening Officers obliged us to move quickly to make sure our voices are heard by Members of Parliament before the next election. “We know our voice must be heard in order that Screening Offices get the fair and timely dispute resolution process they need and deserve,” explained IAM Canadian General Vice President Stan Pickthall. “It’s what most Canadians have, it’s time Screeners did too.”

This article was originally posted on the IAM Canada website. View the original post here: IAM Screeners lobby for change to Dispute Resolution