Toronto, ON – The 40 members of IAM Local 2413 (Signature Flight Support YYZ) ratified a new collective agreement with the employer. The membership voted 91% in favour of their new contract!

The new 3-year contract contained a number of improvements, including:

IAM members at Signature Flight Support Operate the Shell Aerocentre and service the private jets. They have been members since workers at Field Aviation joined the IAM in 1956.

This article was originally posted on the IAM Canada website. View the original post here: Overwhelming support for new contract at Local 2413

The Wage Subsidy Program: Canadian Workers’ Lifeline – Not to be taken away 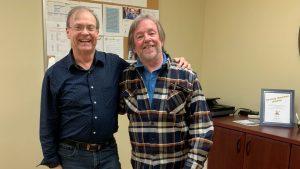